A break from broken communication 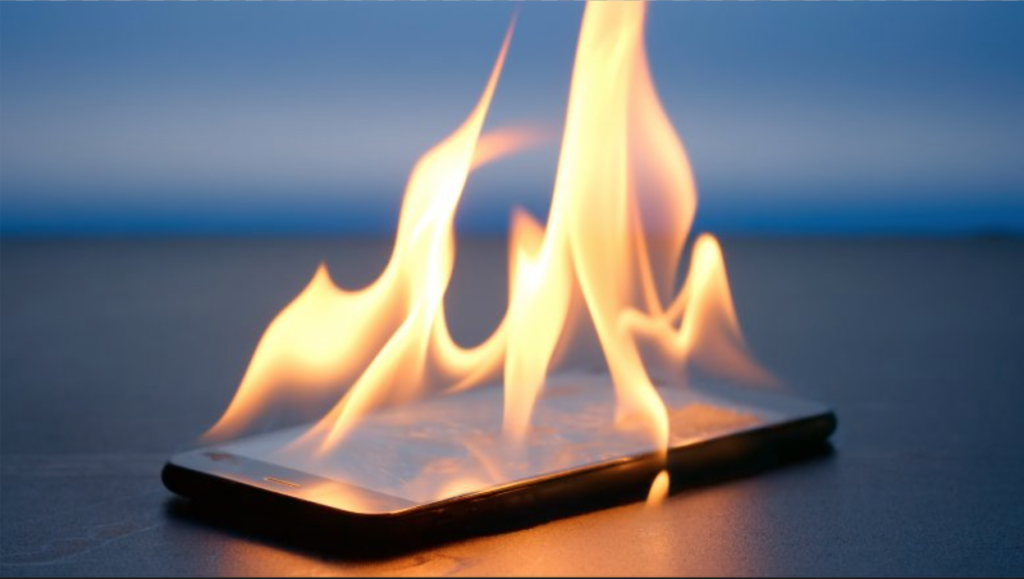 “As someone who has already had his second vaccine, that particular horse has bolted, but it just highlights that this is another internet hoop we have to jump through – the ability to question the truth of what we’re being presented with and not just to run on emotion”.

I spent a week in the back-arse of Donegal this summer; a log cabin situated by a river with eighties furniture, an opaque plastic roof on the porch that allowed me to watch shooting stars from the couch, and a gang of carnivorous ducks that paraded the grounds nightly at dusk – just what the doctor ordered. What I must have realised when booking (but obviously forgot by the time we arrived in the wilderness) was that there was no internet coverage – to get a bar or two on your phone, you had to drive about ten minutes up the road.

For the first day or two, I felt mildly panicked by this. How would people know I’d been up a mountain if I couldn’t post it to Instagram?! Had I even BEEN up a mountain? The social media equivalent of “If a tree falls in the woods..” It was mildly embarrassing to realise that I, old enough to know better, genuinely felt discomfited by the inability to “communicate” with the world via my Instagram stories.

The internet is a minefield. My particular Achille’s Heel, as illustrated above, is the need for external validation – the need to be seen – an embarrassing admission. I feel too for the people whose cyber-downfall is comparing their lives and / bodies to those of social media influencers who neglect to mention the sixty-seven shots that were taken to get the perfect angle, the filters and general doctoring of images, and the fact that the miraculous product they’re raving about is in fact promoted.

The friend I was away with, who doesn’t post on social media, said that for him, the lack of coverage was a break for him for a different reason; he was able to step back for a few days from What’s App and from the links a friend keeps sending him about the anti-vax movement which is driving him mad. Because he opened one or two of these links to take a gander, he’s noticed that he sees more and more conspiracy theory-type articles pop up on his various feeds.

As someone who has already had his second vaccine, that particular horse has bolted, but it just highlights that this is another internet hoop we have to jump through – the ability to question the truth of what we’re being presented with and not just to run on emotion.
I mean, everyone knows it feels good to be in on a secret, and there is definitely a thrill in being privy to something you’re not supposed to know, which is, I guess, part of the draw for some conspiracy theorists. Mick West – a noted ‘debunker’ of conspiracy theories discusses the rush of Dionysian thinking – Dionysus, the Greek god being the “fun guy”, the one who runs chaotically on emotion, who courts the irrational. West points out that while “no one is asking you to trust that the people in charge have your best interests at heart – that the government should be subject to scrutiny” – he also points out that the key to rational thinking is to question both sides of what you’re being told – not just to accept that the opposite to what you’re being told in mainstream media is true.

I can see how, in a country like Ireland, where people have been denied bodily autonomy (both sexual and reproductive) over the decades, that to be told what you must now do with your body – that you must take a vaccine – might be frightening to many and that with our government’s history, cynicism might take hold, but it’s worth questioning not only the official party line but also the anti-party line.
I suppose it comes down to taking a breath and asking yourself… Does the world need to know what I had for breakfast this morning? Do I believe that his hair grew back because he rubbed expensive oil on his baldy head? Do I believe that the Earth is flat because I distrust our government? If the considered answer to any of the above is ‘yes’ – great; if the considered answer to any of the above is ‘no’ – great. I think the key may be in taking a breath…